Roher & Klingner’s Leipziger Schwarz (Leipsician Black) was one of the first inks I got when I first started writing with fountain pens. I like black inks, and I really like a lot of things about this black ink in particular.

Rohrer & Klingner is a German company who makes all sorts of inks and fluids for lithography and calligraphy and writing.

I wrote with a black Kaweco Sport in a fine nib, which is generally a smooth writing pen, and on Rhodia 80gsm paper. I like the look of the bottle itself, which may have actually been one of the original reasons I bought the ink…but now of course I know better, and know that you can’t judge an ink by its bottle. 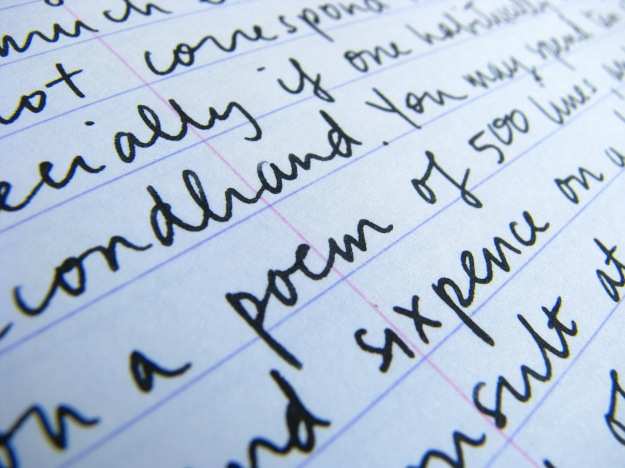 On Rhodia paper, no feathering and no bleedthrough, but it’s great paper, so you might get a some feathering on copy paper.

The ink is pretty heavily saturated – I get a nice dark line, which I love, without too much shading. The little shading you might see in the close-up writing sample is probably more to do with my inconsistent writing pressure. It’s smooth in my Kaweco pen, which is generally a good writer with most inks.

It’s not a waterproof ink, with a pretty long dry time – with a wet nib it could take up to 15-20 seconds to dry – so probably not the best for lefties or working in the jungle.

You can see some hints of blue or charcoal in it if you’re writing with a very dry nib, but it’s a great black for everyday writing or for the workplace. 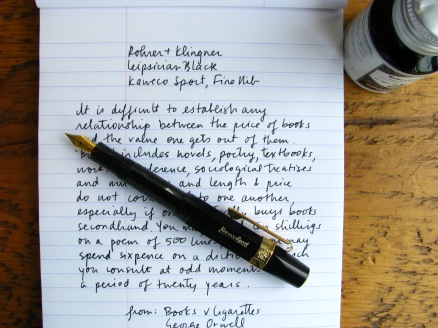