We’re saying good-bye to the TWSBI 580 AL in Orange. We just got our last shipment in, and once those are gone, they’ll be gone! If you’ve been thinking about it, don’t think for too much longer. We still get occasional emails about the Mini in White & Rose Gold, and the Micarta, both of which have been discontinued for a while now. 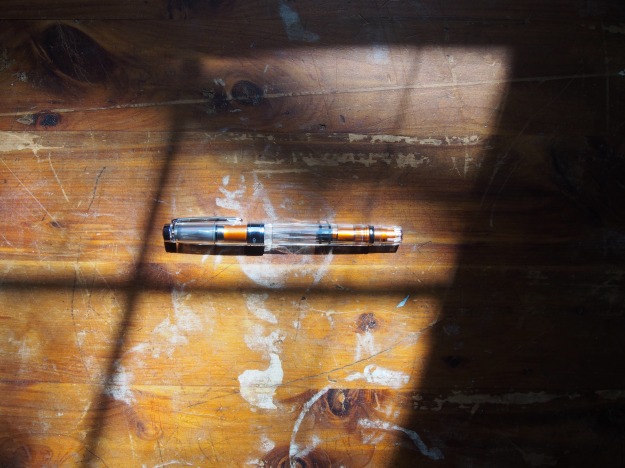 I think all of the colours of the ALs that are to be released are going to be limited editions, and the next one coming up is Purple. Also, Vac-Mini to come.

I know, I know. All these limited edition pens! Which to get?? If it makes you feel any better, we basically had to open a shop to make something productive out of my compulsive stationery buying habits.