Also known as: What Kaweco Nib Size Should I Get?

Happy Friday! Even though the weekend is usually busier and more hectic than our weekdays, running the bricks & mortar, I guess remnants from when I was in the “real workforce” mean that I still get the Friday freedom jitters.

Spring is basically here, or rather, it’s so close to around the corner that the snow we had yesterday doesn’t count. I seem to always have brown in my pens, but one of these days, I’m going to switch them all out for Diamine Meadow or J. Herbin Bleu Azur. Lots is still to come over the next few weeks, but I thought it was time to get a few close-ups of some nibs that we’ve been carrying for a while.

Kaweco pens are some of our most popular pens, both because of their great looking, often vintage inspired design, and, of course, their nibs.

Kaweco nibs are made in Germany for Kaweco by Bock. They’re specific to Kaweco, so you won’t be able to easily swap these nibs out with other companies, but these Kaweco spare nibs are available for purchase widely.

I would say Kaweco nibs are fairly similar to Lamy. The extra fine on Kaweco may be just ever so slightly finer than the extra fine on Lamy, but the difference is pretty negligible. 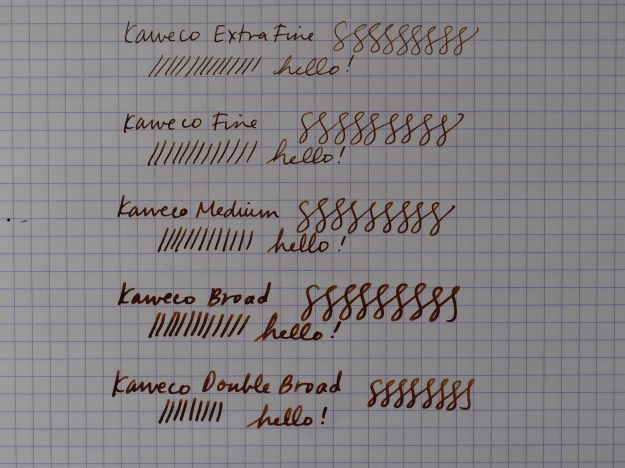 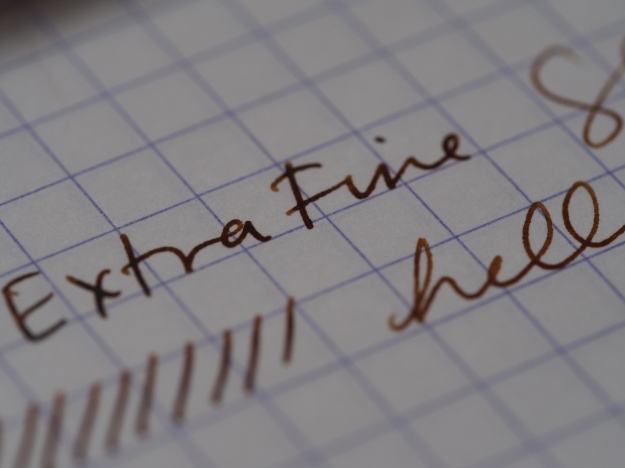 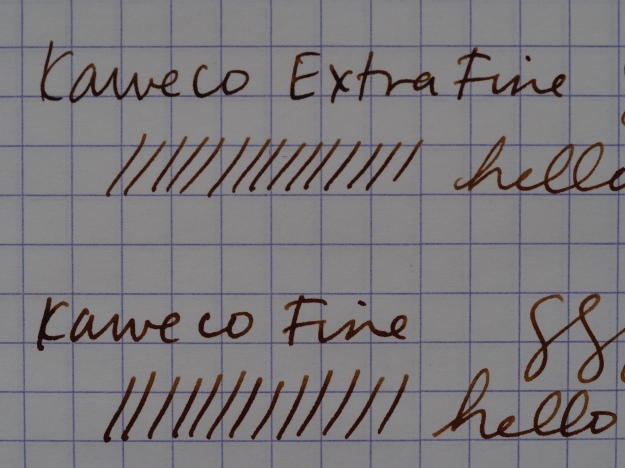 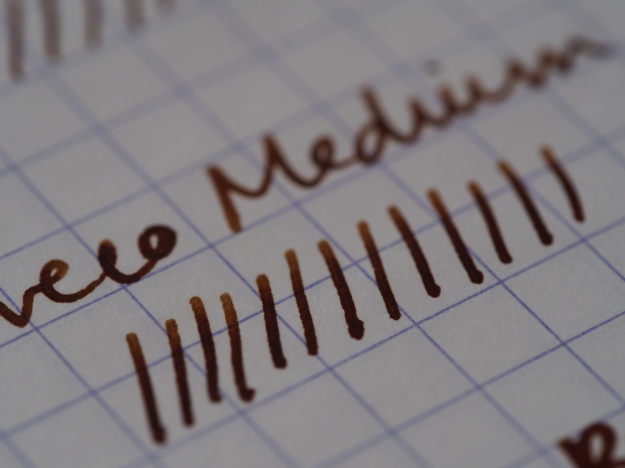 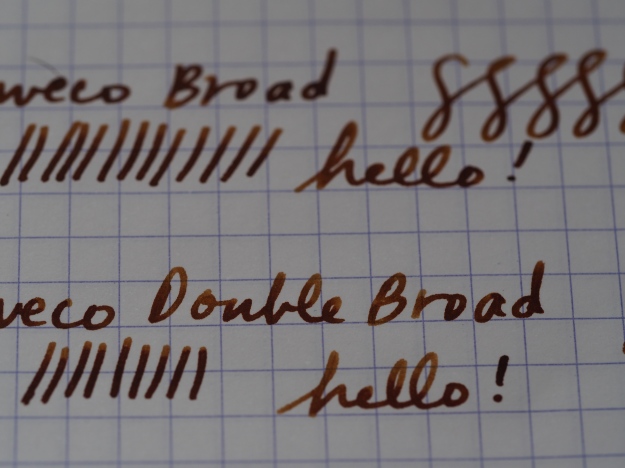 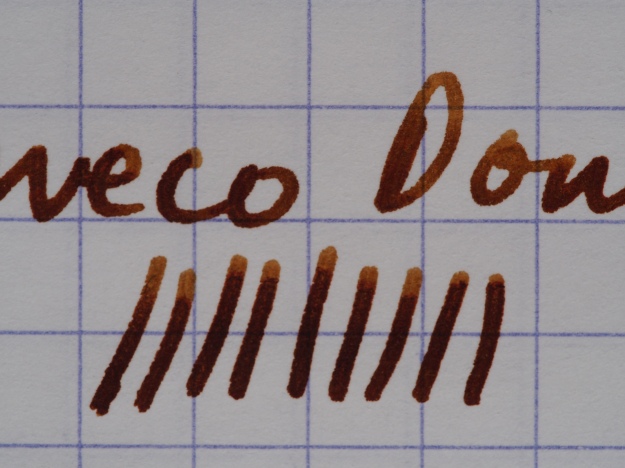 Remember that it’s always tough to be very precise with exactly how broad your nib will write. Many factors can be at play, including the type of paper and ink you’re using, how much pressure you’re putting on it, whether the ink has just been filled and the feed is very saturated or if it’s running near the end of its tank. That’s not to say that your Extra Fine should be as wide as a Broad, but just keep in mind that some small variation may still happen.

I find usually the biggest factor is the type of paper you’re using – more absorbent paper will suck up the ink and spread it out, like on a paper towel, which dramatically affects how crisp your line looks.

I think it’s always helpful to give your pen a quick flush with water if it’s not writing as it should be. You should also consider giving any brand new pen a flush with water, or water with a drop of dish soap, just in case of any residual machining oil or dried ink from testing, although you can usually get away without.

You can also check out how the Kaweco italic nibs write, and as well some helpful hints on switching your Kaweco nibs around.